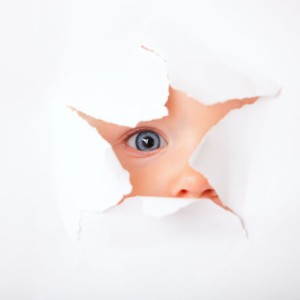 Imagine peeking inside the mind of a baby … fresh and new in the world, and amazed by everything you see, hear, feel, smell, taste, and sense. Unfortunately, most adults lost touch with very early memories and lack the ability to remember when they were innocent, fresh and new; but, what if you did remember? What would you remember? And if you remembered, would it change the way you relate to your child?

1) I was scooting on my little tricycle. I was too small to pedal, but could push along with my feet. I went down the sidewalk past one or two neighbor’s houses and came to the end of the street. We lived near the water, and as I looked out I saw the bay in front and a sunset above. I thought I had reached the end of the world, and I was so alarmed! I turned around and scooted back two houses to where my mother was still sitting on the front steps, just like when I left her. That was when I learned that things can sometimes stay the same even when I go away for a little while!

2) My mother loved the plant pussy willows! I was 2, and remember seeing that the little gray puffs of fluff were falling off the stems of the plant onto the window sill. Suddenly, I noticed that one of the puffs of fluff was buzzing and spinning in a circle. I was startled because I never saw a pussy willow become animated; I thought only people, animals, and insects moved and made noises. I was seriously challenged, thinking like my head was pulling apart because I had completely misunderstood the rules about who moves and makes sounds! Then the puff rolled off the little fly that was stuck on his back below the fluff. I felt so relieved that my original understanding of pussy willows and flies was intact.

3) I was two years old and stood on my bed to look out the window. To my surprise, there was a herd of cows eating the bright green grass that flourished over the septic tank. I called out to my grandmother, “Nanny, nanny, cows!” She told me I was being silly and that we did not live on a farm with cows. I insisted “Cows, nanny, cows!” Nanny kept shushing me and I kept insisting, wondering why adults seemed to be so clueless. Finally, my grandmother walked me into my room to prove that there were no cows in the yard, only to open the blinds and see … a herd of cows that had escaped from a local farm quietly munching on our lush septic-fed lawn. Once again, I was relieved that my world had returned to order; maybe cows in the yard were queer, but Nanny insisting there were no cows at all was even weirder!

4) My mother and I went out one day and visited a place I had never been before. As my she was busy talking with the stranger, I pulled myself up to standing at a table that was just my height, which was quite short as I was only about 6 months old. My eyes hurt from the light that was shining from the large low table. I was not able to move around, but was successful in holding myself up while I gripped the edge of that incredibly shiny table. Years later when I was an adult, I asked my mother where that place was. I described the table, how it shone, and where the rest of the furniture and people were in the room. She told me about her friend who had an obsession for waxing her furniture every day with Pledge. Her friend’s living room was laid out exactly as I had described, and my mother recalled that we had visited there when I was about 6 months old. I still remember that shiny, shiny table, but have no recollection whatsoever of my mother’s friend even being in the room. 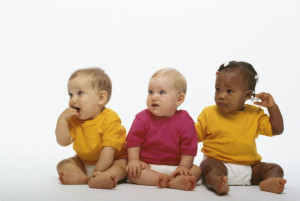 Parents should remember that young children are intelligent and gifted beings with limited vocabulary and world experience. As much as possible, show little ones what you mean. If you are talking about drinking from a cup, for example, show your infant how do pick up the cup and drink from it. Use the word cup several times while pointing to the cup. Repeating vocabulary words is a great way to help early language development.

This article was submitted by Parenting Expert Darleen Claire Wodzenski